Sarah Paulson is a respected name in Hollywood and everyone knows that she is amazing no matter if she performs on TV or the big screen. Among her accolades are Golden Globe, Primetime Emmy and SAG Awards.

Sarah made the first steps to success with small roles on the New York stage. In 1994, she first appeared on TV in an episode of Law & Order and in 1997, she made a film debut in Levitation. Paulson gained popularity and critical acclaim thanks to starring in Studio 60 on the Sunset Strip series while her other television credits included Jack & Jill, Deadwood and American Horror Story. Among the performer’s most successful films are The Spirit, Martha Marcy May Marlene, 12 Years a Slave, Carol, The Runner plus Ocean’s 8. 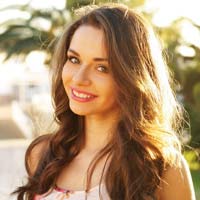